Steaming in the sun

Our 'few days' in St Albans has stretched out into a week. The fine weather encouraged us to help Jim with more than a 'bit of weeding', and we tidied up the whole garden, we pruned shrubs, we  mowed the lawns, we did the edges and then we were given access to the garage!
A study has revealed that less than 20% of people in UK use their garages to park their car; mostly because the garage is full of junk. Jim's reason is that if he did get the car in, he wouldn't be able to open the doors and get out of the car, there's not enough room. So that's why he's filled it with junk!
We fought our way in, found a small space on the floor and gradually expanded the clear area until we had reclaimed the garage. Michael installed some wall hooks and even more space was freed up. Jim claims that as soon as we leave tomorrow the junk will all gather back in the middle of the floor. (We'll check).
We were not allowed to help inside the house, the redecorating is his domain. Thank Goodness, as we will be doing enough painting when we get home, we'll be doing our place inside and out.
After days of lazing around (and a bit of work) we were ready for some fun, so as the sun was shining on Saturday morning we took Jim with us and drove over to Prestwood, near Great Missenden to the Chiltern Traction Engine Club Rally. 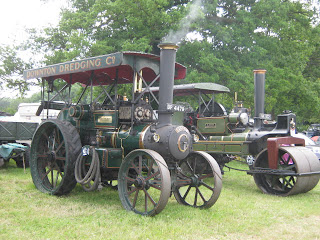 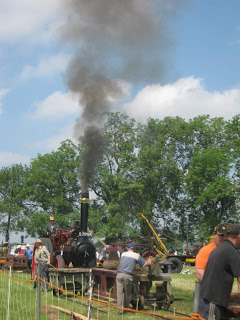 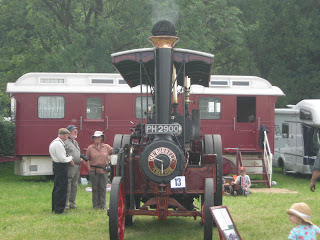 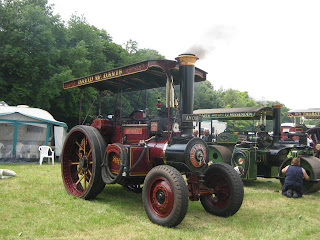 It was a beautiful sunny day and the air was soon filled with steam and soot as the engines, farm machinery and huge Traction Engines got fired up. It was a great day out.
There were lots of stalls, at least 4 ice cream vans and plenty to see. 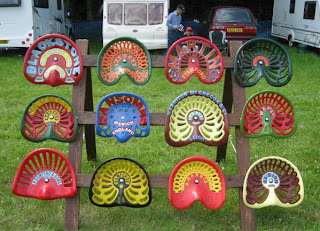 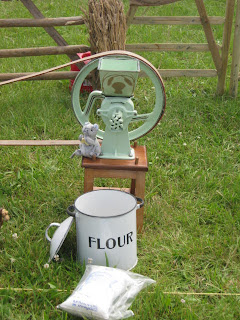 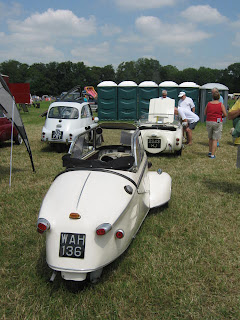 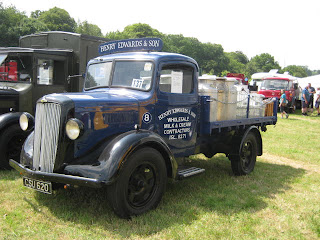 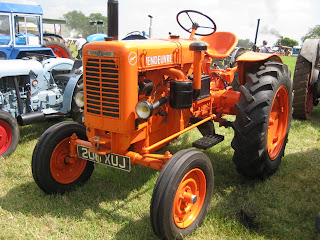 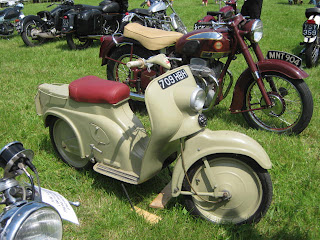 There was even alternative transport for me to get home, 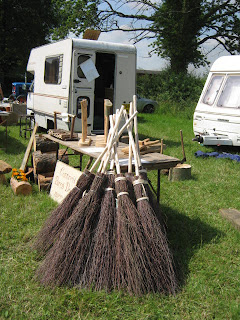 and a very friendly blacksmith. 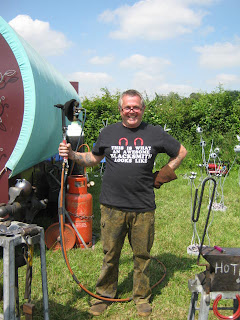 The batteries in my camera gave up just as I decided that I'd seen everything. We grabbed a tasty freshly made baguette for lunch and then headed back towards St Albans, dropping Jim off to visit Joy (still in hospital while they organise carers to visit when she gets home).

That evening Jim took us out to dinner at the Salisbury Arms Hotel in Hertford, a great venue in a nice town, and a very good meal too. 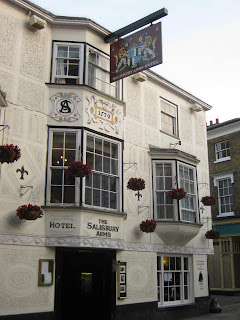 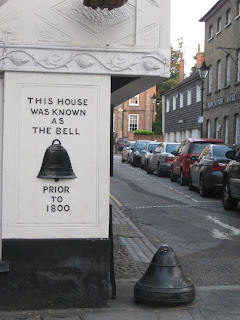 Sunday was sunny again (forecast is for at least another week of sun before rain comes back) and it was hot. Well hot for UK, temp was around 28 degrees. We were going to go to a local narrow gauge railway but decided to pack up and get organised for the next leg - touring East Anglia and parts North.
As one friend put it - Zig Zagging across England.