Back in Blighty - Canals and Kites

The next few days we spent enjoying 'chilling out' with family, firstly in Reading and then in St Albans. 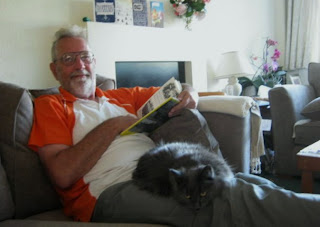 In Reading we had Four Seasons over the few days we were there - it rained on Friday, was a little cloudy but very pleasant on Saturday, on Sunday we had to 'slop' on sunscreen and 'slap' on a hat as the sun came out with a vengeance. Monday was back to overcast skies. In the meantime mainland Europe is having a lovely summer, the forecast here in UK is for the sun to return once these current rain clouds have blown away. It's a good job that I brought a full range of clothing but it does mean that we have to carry the whole lot around with us.
On Saturday Michael and I went over to visit his sister, Una, who lives across Reading from my brother. 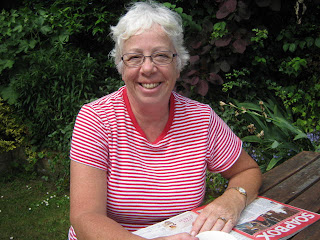 We sat in the garden enjoying some sunshine then before heading back we detoured down south of Reading to the Kennet and Avon Canal at Sulmamstead Lock near the Thame Industrial area and M4 motorway. A lovely quiet hideaway.
Despite being surrounded by roads and industry it remains, as canals do, a tranquil oasis.
We parked near the picnic area and strolled along to the lock to gongoozle as a narrow boat negotiated the lock. How cool was he? He only used half the entry - only one gate open! 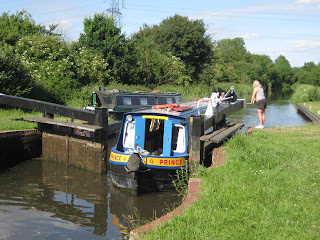 Then we walked up to the Swing Bridge where we waited to watch the same boat open the bridge to continue his journey. 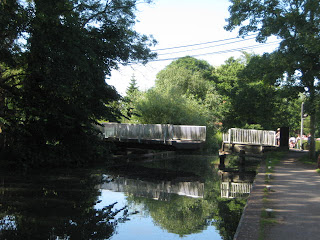 The vehicle traffic on the bridge had to cease its roar and wait whilst the lights flashed, the bells rang and the road slowly swung to one side of the canal, then this lovely boat slowly carried on it's journey. 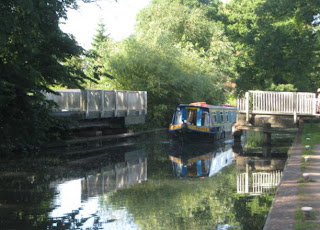 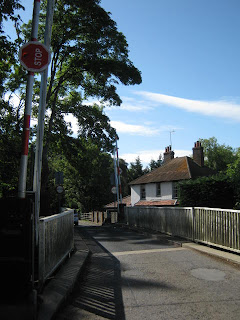 The roadway of the bridge is only 6'6" wide and we saw at least two 4WDs bang into the huge metal bollards at the end of the bridge - well, the sign told them to proceed with caution. 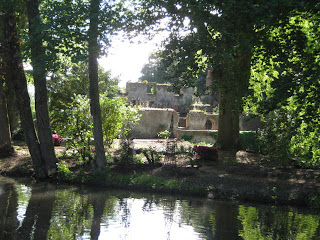 Across the canal, on the opposite bank we saw the old deserted Tyle Mill, built in 1914. 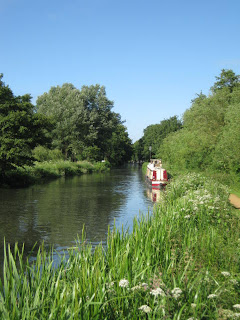 We also knew that there were several old 'pill boxes' (war time fortifications to hold a line from Oxford to London should the Germans have landed in England) along this stretch of the canal but it wasn't until we were returning to the car that we spotted one - it has been 'modernised' and made into a canal sanitary station - a 'dump point'.

We returned to John and Pauline's enjoying the late afternoon, early evening sunshine; dining al fresco before going inside to watch tv, the Rolling Stones at Glastonbury. 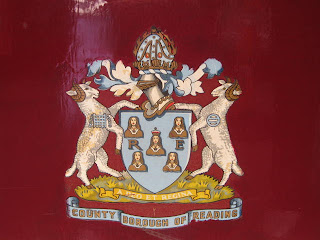 The next day the sun was shining and for the first time we donned hats and sunscreen before going out. Pauline drove into town and dropped the 3 of us at the Reading Bus Open Day. (she opted out of joining us and went home to enjoy a day relaxing in the sun, in the garden.) Michael's nephew, Ciaran joined us at the Open Day, he has been a bus 'fan' since he was a child, maybe because his uncle was a 'big red bus' bus driver. It wasn't a big affair compared to some bus Rallies we've been to in the past but there were quite a few stalls and plenty of things for kids to do, including sitting in the drivers' seats on all the buses and setting off the alarms. It was easy to spot the Reading Transport bus drivers in the crowd - they were the ones who ran over to turn the alarms off! 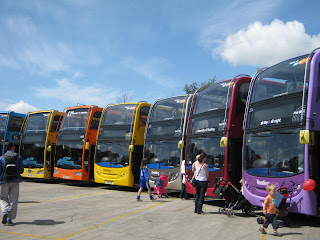 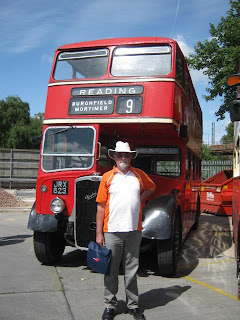 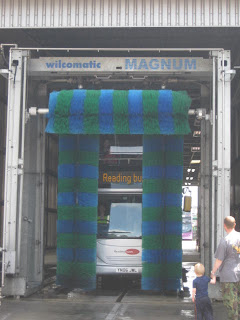 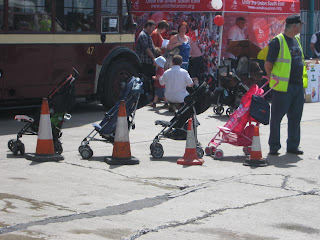 We decided not to take a trip on a bus through the bus wash bay but it was very popular with littlies.
The weather was lovely and the bright blue sky was criss-crossed with so many vapour trails - I joked that if we had light planes (and knew how to fly them) we could have a game of noughts and crosses. 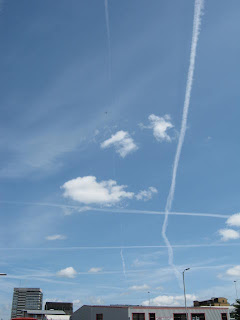 We had considered going for a drive into the countryside in the afternoon but we were all quite tired so we rested inside or in the shade in the garden enjoying the sight and sounds of Red Kites flying, hovering and swooping. 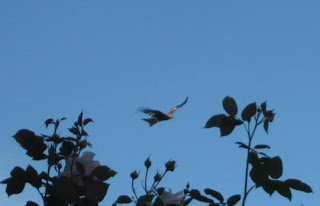 We ate al fresco again and then watched Glastonbury again - Mumford and Sons tonight. The two greatest bands to come out of UK - some 50 years apart, and still the best sounds in UK at the moment!

Monday morning we drove across country, back to St Albans, taking a route through different villages and small towns. We are spending a few days here helping with some chores around the house and garden. We started weeding yesterday afternoon but 'rain stopped play'.
As mentioned in previous posts on the blog the tv programme 'Springwatch' has inspired people's interest in the UK wildlife and nearly every garden has a bird feeder and seed is easily and cheaply available. It's lovely to see Robins (one of my fav UK birds), Blue Tits, Blackbirds and Jays but as Australia has the lovely creature, the Fox as an introduced pest, the UK has the grey squirrel - a beautiful creature but an introduced pest. 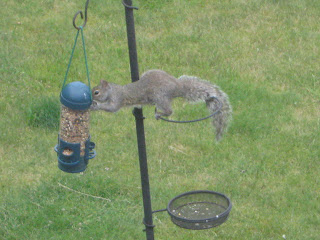 Mind you Jim and I do have some great entertainment when Michael takes off across the garden to chase the squirrel - so far we have only lost one screw driver in the garden beds, will have to try and find that when we resume gardening this afternoon.